Twitter has 145 million monetizable daily active users. There are more on Facebook, yes, but Twitter is a sizable social media channel that marketers should pay attention to it. Twitter’s U.S. user base is predicted to grow 0.3% in 2020. Maybe that doesn’t seem like a lot but it is growing significantly! For marketers and businesses, there are some statistics that are valuable to pay attention to.

This tells us who is typically on Twitter is. So when considering this large audience, the platform offers many Twitter ad targeting options.

Choose Who to Get in Front of with Twitter Ads There are several Marketing Objectives that can be selected in Twitter for running ads that allow marketers to select their target audiences. You can run several types of Twitter ads with different targeting variations to attract Twitter users to your product or service.

This is the Twitter Marketing Objective option that should be chosen for those trying to get in front of as many people as possible. It is for the top of the marketing funnel and brand awareness Twitter ads. Use this if you have a product or service that not many people are aware of. Reach will make sure you get in front of the people you target as much as possible. Reach ads are paid by impression as opposed to some other selections.

There are several options under Consideration. It is a Twitter Marketing Objective most people will choose to work with for ad targeting.

Video Views – You can target people who are willing to watch the video that you produced. These are charged by video views.

Pre-Roll Views – Where an ad shows prior to a video. They are charged per pre-roll view.

Engagement – This is where you are trying to get people to engage with the tweet you posted. Engagement is charged per Twitter user who engages with your content.

App Installs – This is where you’re trying to get people to install your app. It can also be used to engage with users to continue using the app or. App Installs are charged by download.

Followers – This helps grow your follower base within the network. It is charged by the number of followers.

You can get detailed when it comes to twitter ad targeting because there are a lot of options. Just like other basic items, you can target by some of the basics but there are a few options unique to Twitter. Combining the right options based on data you already know is the best way to target Twitter Ads.

This is not something you see in Facebook Ads and other platforms. It allows you to connect with users based on words and phrases that they recently tweeted or interacted with.  If a Twitter user is already talking about a certain subject that is relevant to your brand or product, you can target your content to them with Twitter Keyword Targeting.

Example: Someone tweets “I love coffee. #coffee” A local coffee shop can target that Twitter user in a small geographic area of their audiences.

This is similar to interest targeting, but it has another layer. It is based on how Twitter users behave both online and offline. Twitter gets information from offline partners that gather data on what user behaviors typically are. There are many different behavior audiences that you can target in so many industries.

This is very unique to Twitter and could be a game-changer for some businesses. It’s for marketers who want to target an event and be in the moment. You’re able to target a certain event that’s happening. Sporting events, movie releases, conferences, holidays, politics, etc.

Choose from over 10K topics over 25 categories and make sure you’re part of that conversation. This is also very unique to Twitter Ads.

This lets you target tweets to people who have engaged with before, during, and after the telecast. That could be great if you want to engage with specific movies and TV shows or if your audience

Many of the targeting options Twitter Ads offers are similar to how you can target with other platforms. There’s a targeted audience most businesses can get in front of ad improve their omnichannel marketing efforts. While Twitter Ads may not be the first place to start when dividing up a digital marketing budget, it is certainly worth a look.

Twitter is another place to advertise your product or service.

Remember, Twitter users on average earn higher salaries, are around 40 years old, and are college-educated. Couple that knowledge with those you want to speak to on Twitter. Understanding all the different options for Twitter Ads lets you target the audience your brand can help. 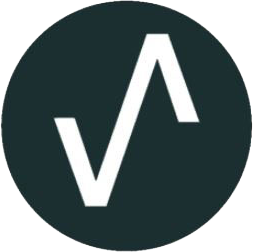 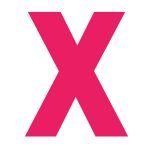