The average Facebook user clicks on 11 ads per month. If your Facebook ads are not performing well, here are some mistakes you could be making.

Marketing Goals do not Line Up with the Marketing Objective

Oftentimes, the first objective that draws people in is conversions. That is the wrong place to go. If you don’t have a lot of other items that are in line. Keep in mind, there are far more objectives than just conversions.

Conversions are encouraging people to take the desired actions on your website. That might be a phone call, a sale, or another form that could even be downloading an app. If you don’t already have enough of those items happening on your website, take note, we’re going to talk about the pixel later. If you do not already have all of that setup, you cannot choose this objective because the Facebook algorithm does not have enough information to go find the people who are willing to do that desired action.

If you have a really small remarketing audience, then the reach objective might make sense. If you have a huge audience it might make sense to use the traffic objective in your remarketing. Testing different objectives with different audiences is helpful to try to get the audience to respond. It’s all about being in line with your marketing goals and keeping those goals realistic.

Budget Does Not Match Expectations

There are different ways to pay, which actually match up with the chosen marketing objective. You can pay per impression making sure the ad gets in front of people. Paying by unique reach means you want as many people as possible to see your ad and you don’t want them to see the ad over and over.

Another option is paying for conversions, which only makes sense if Facebook has enough data to optimize the right audience. All in all, you have to match the budget that you have.

You Are not Testing

Testing is a game of patience. You’re not going to come up with the best strategy out of the gate. So, you need to test different ways in order to engage your audience. You have to test the audiences, ad type, ad creative, ad copy, and placements.

There are different kinds of warm audiences or what some people might call, remarketing. If you have an existing email base, you can upload that and you can target that. You can target the website traffic that you have, people who have interacted with your app, and the list goes on.

If this is all overwhelming, you take all of these, you build all of these audiences and you throw it all into one big bucket and you market to all of them. Again, going back to the budget item that if, if you’ve got a smaller budget, then you need to pull all those into one big audience to remark it too.

But if you’ve got a larger bucket, now you can treat the website traffic, the people who engage, and email differently. Then you can start to build these different funnels within your remarketing audience. However, if you’re just getting started, create all those lists and lump them all together.

Cold audiences are where a lot of magic has happened with Facebook. The amount of information that they have, not on you as an individual, but on groups of people is fascinating. They can target by location. If you have a store and just want a five-mile radius or language, that can be targeted. Age, gender, education, and job titles can also be thrown into the mix. There is a lot of work that goes into building out these cold audiences. So don’t take it lightly. In fact, build at least four to five of them.

There are multiple ad types to choose from:

It is important to remember that sometimes simplicity wins, but when you overcomplicate it, then you don’t get your objective. You also have to consider that some of these objectives don’t line up with marketing objectives.

You have to think about the product or service that you have and think about which one of these is going to be the best. There’s no quick answer, and that is why you have to test different ad types.

Your first goal when you are inside the Facebook platform is to get people to stop scrolling. Every three-four posts users see an ad. People are quickly scrolling past because they have ad blindness. Stop making your ads look like an ad. Make your ad creative, trigger emotion.

You have to match that buyer persona of who you’re trying to go after. With images and colors, people react to that and they will stop scrolling. There are a lot of studies that show that videos with motion, are the quickest way to get people to stop.

You have to test this. With long-form, a lot of times people look at that and they think, “wow, that’s a lot of effort.”

It’s hard to get people off of Facebook and over to the website. If you’ve got this really short, looks like an ad, then, then people don’t want to engage with it. This is a social media platform.

So you have built this awesome platform and people get to the website and guess what? You get this little message, which is brand new at the bottom. Facebook is pre-warning people that your website is loading slowly. They are prompting in big, bold letters. You can continue to wait, or you can go back to the post.

If you look in your data and you see that you have a ton of link clicks, but very few landing page views. You have a site speed problem that is because people are clicking on your ad and they are not waiting for the code to load on the website. And so you have a problem. If you see that turn off your ads, go fix the problem and then come back to it. 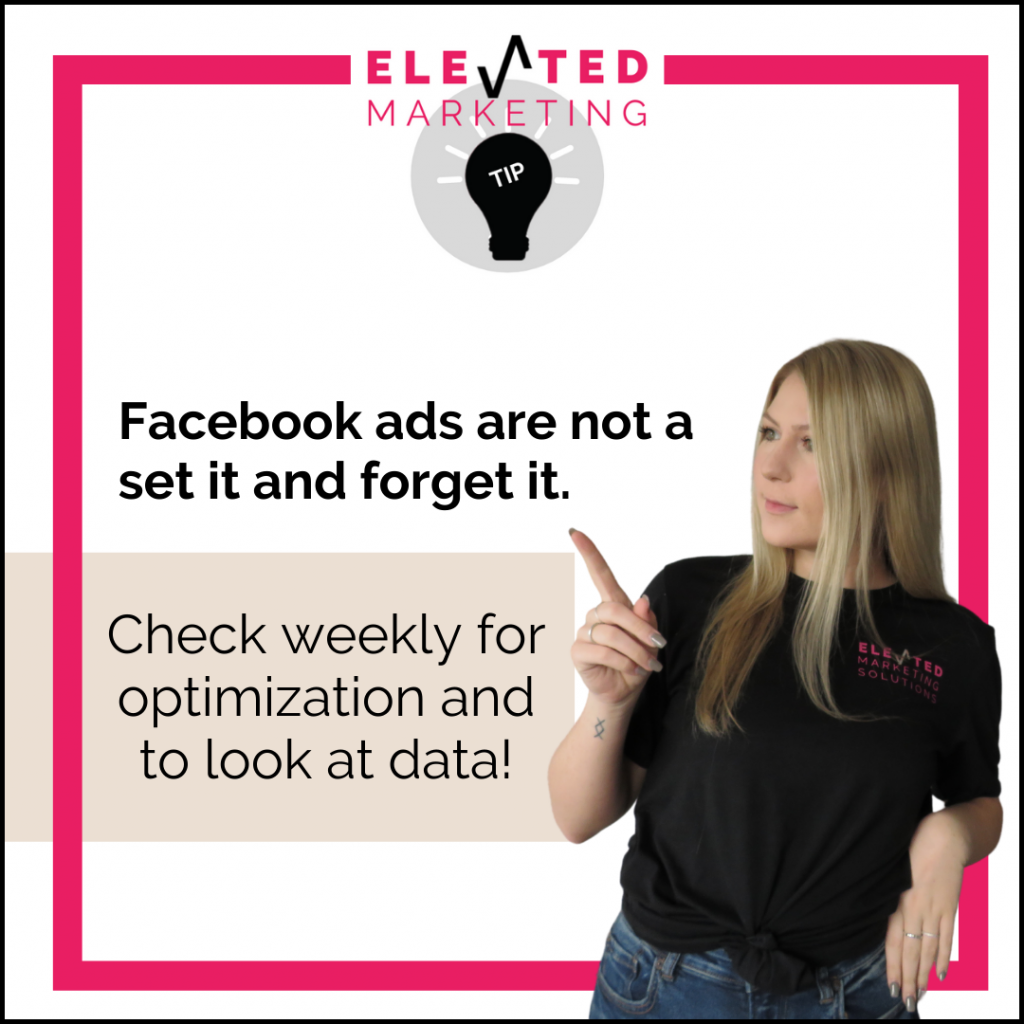 Ad fatigue could be the reason for campaign fatigue. The number that you need to pay attention to or the metric is called frequency. If your frequency or how often people are seeing your ad is getting above four, five, six, seven, eight times. And they’re not reacting to that. They’re not commenting, liking, sharing, or clicking through. They’re tired of seeing your ad and Facebook is going to continue to increase your costs and it’s going to get worse and worse. In this case, try changing up your ad creative, give something different.

Audience overlap happens when you are basically fighting against yourself in the same auction. So at the ad set level, you can target two different audiences, but if there’s any kind of overlap and that audience, then you are hurting yourself and you’re causing your costs to go up. You can exclude the other audience from the other ad set so that this doesn’t happen.

This is a piece of code that gets added to your website and it’s placed in the header. If you don’t have this, then you are missing out on advanced remarketing audiences, lookalike audiences, conversions, and optimization techniques.

With conversion tracking, remember all these data sets we’re talking about that you’re able to choose. If you don’t have the Facebook pixel installed, none of these is an option. You just can’t select website purchases. If you don’t have that pixel installed, that’s picking up that information and talking back to Facebook to let you know that those desired actions are taking place.

It’s a default option to choose people that are in the top 25% of the amount of time that they have. Then on the website and you can target those people, particularly, this is really crucial when let’s say you’re running a video objective type ad, and you’re trying to get people who have gone to the website and have spent a lot of time on the website.

You can’t create lookalike audiences. If you don’t have the pixel set up, then Facebook is not able to gather information about people who are doing desired actions.

They, they make it plain and simple. They have it listed here on what determines the auction, but it’s just like over in Google where you have to read between the lines on a lot of things.

Bid automated bid strategies inside of Facebook are going to be your friend. Remember those marketing objectives. If you chose engagement and your ads don’t produce engagement because the creatives and ad copy are not right.

When people look at your ad and they don’t stop scrolling whether you withhold information on your ad, if you sensationalize it too much, if you use engagement bait – that’s a lot of reading in between the lines.

There are three metrics that are available to show you whether or not you were playing by the rules. So you need to pay attention to those and see where your ads are at.

All of these Facebook Ad mistakes are common, but they are costing you time, money, and energy.

Tired of not getting results?

Let’s chat about what’s missing with your Online Marketing Strategy!